The Sleepover series (still photographs and a short experimental film called Sleepover Secrets, 2020, HD video 06:57 min) ponders the nature of time and memory, specifically girlhood time: that fluid, floral transitory period that materializes and vanishes mysteriously in pre-adulthood. For me, the remembered ritual of sleepovers epitomizes the energy and potency of this ephemeral moment.

By manipulating the timing and positions of the moving images and material objects, I construct new associations and remembrances through colors and shapes, flowers, and bedclothes. A bedpost interacts with a story of yesterday’s blade of grass and today’s tranquil sea. Pillows and quilts reflect my personal sky, a brightly-colored jewel box of flowers and possibility.

For the experimental short, Sleepover Secrets, I use a diverse collection of original and found footage--from classic Hollywood (The Wizard of Oz, Pinocchio) to iconic coming of age stories (The River, Now and Then, The Virgin Suicides, A Angel at My Table) to contemporary social media posts--Sleepover time remains fluid, nonlinear, personal, and worthy of protection. 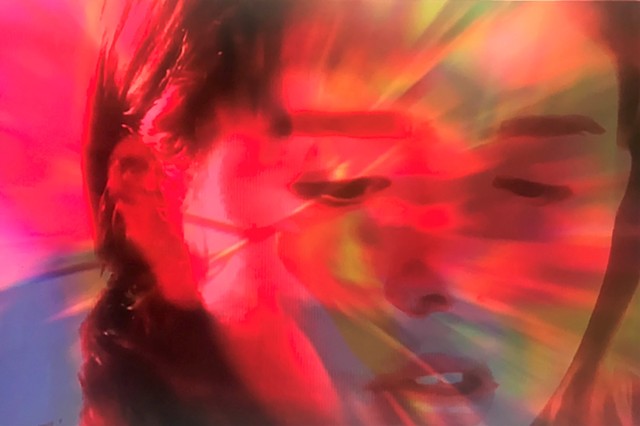 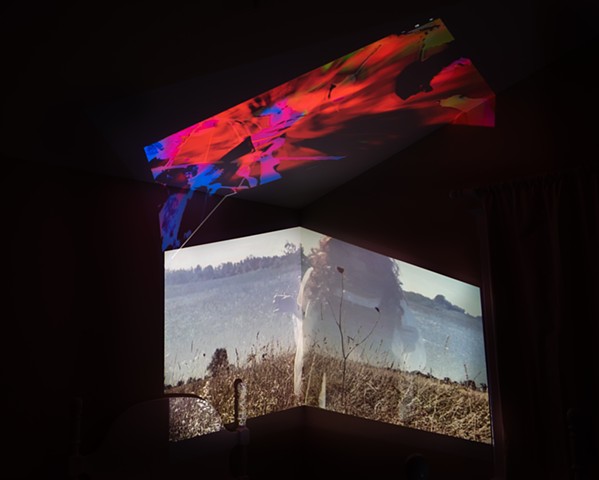 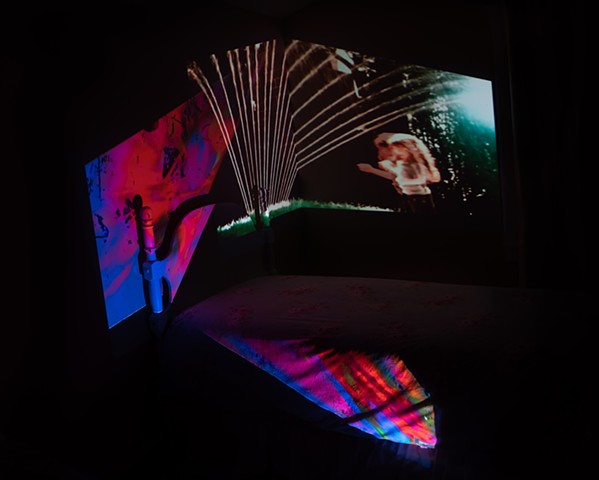 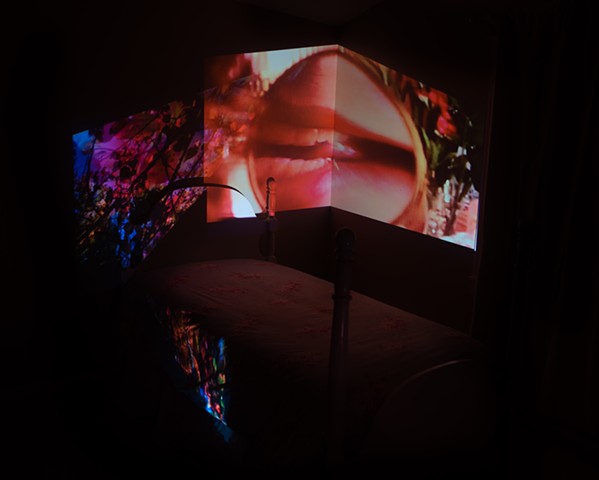 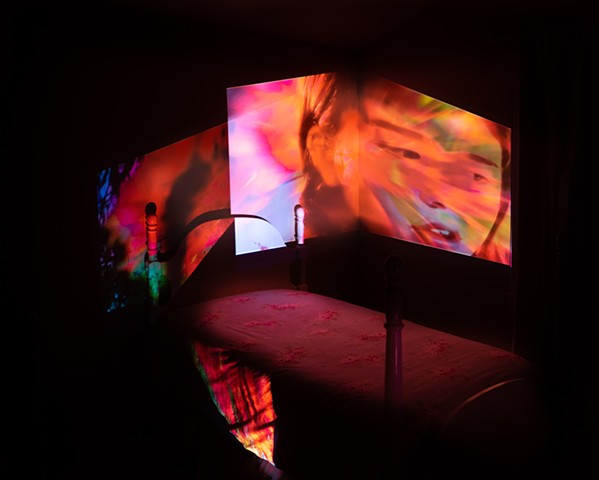 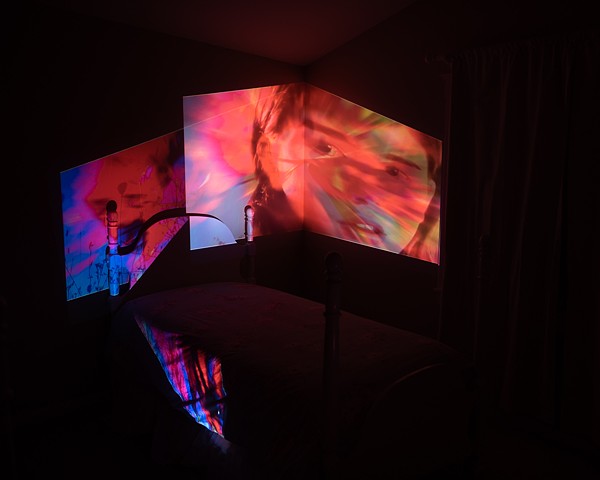 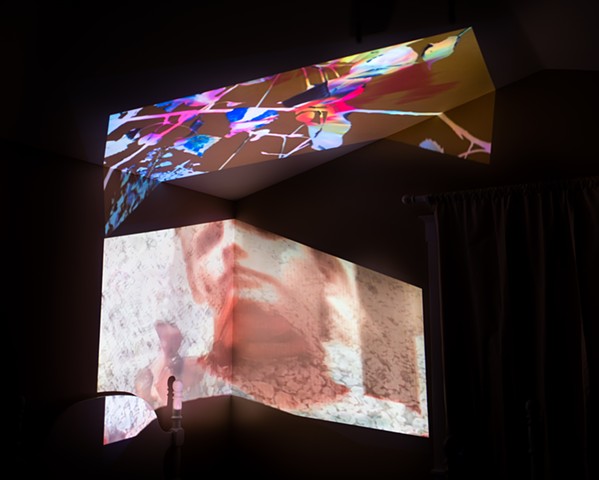 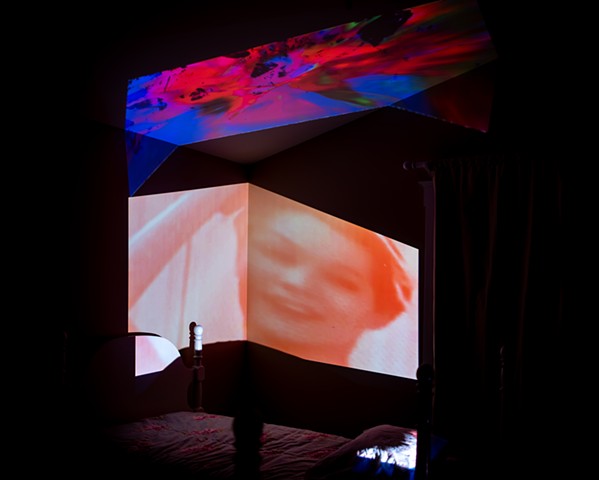 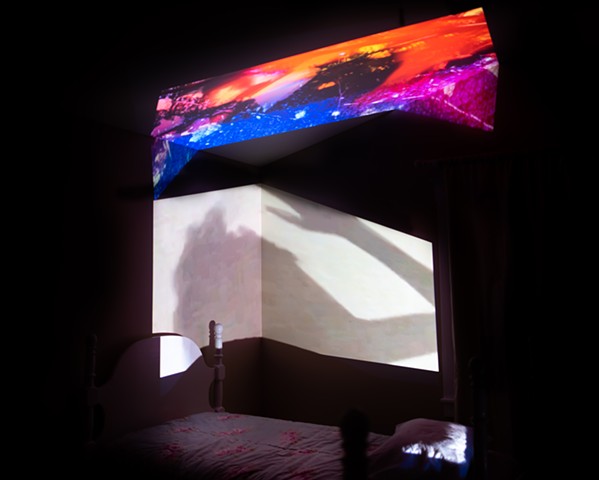 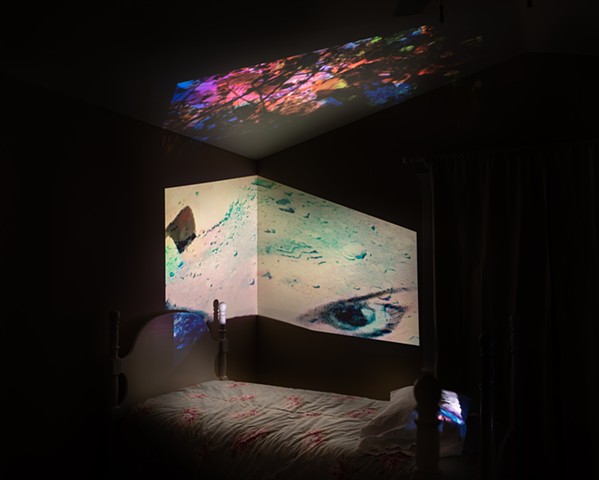 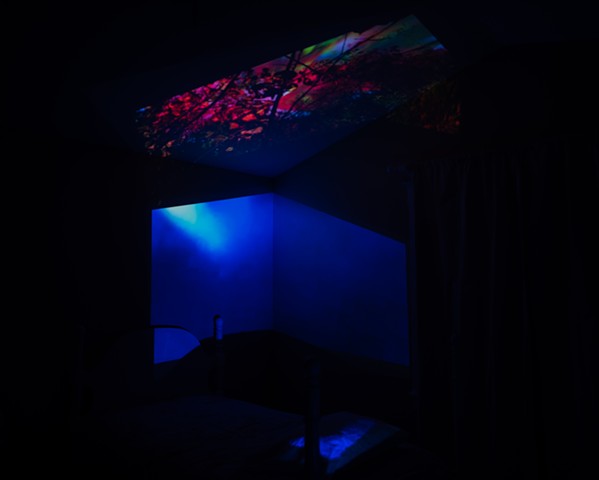 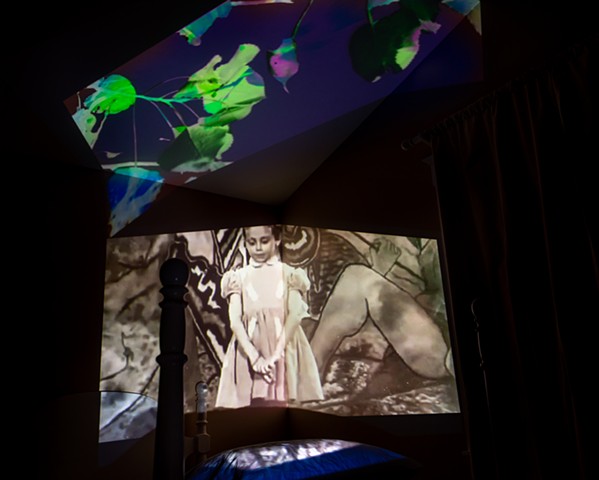 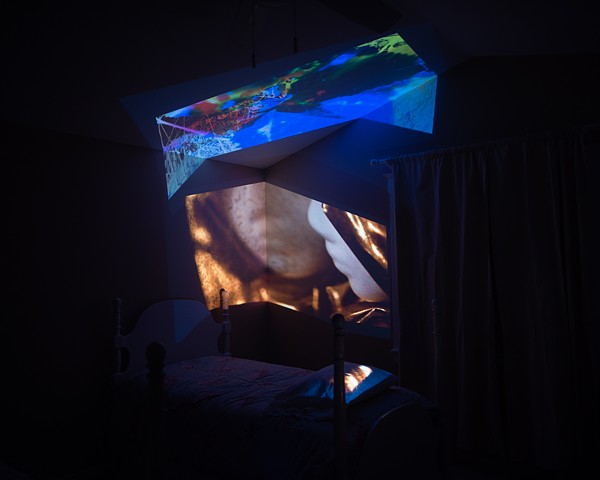 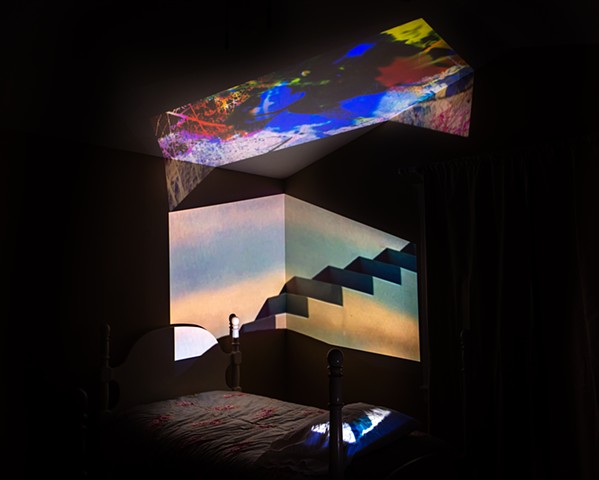 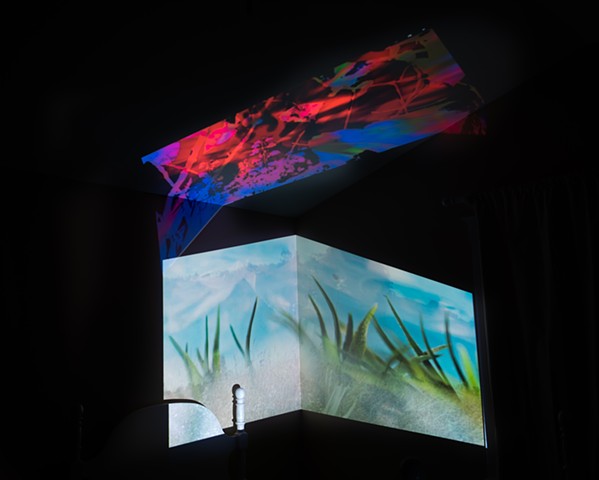 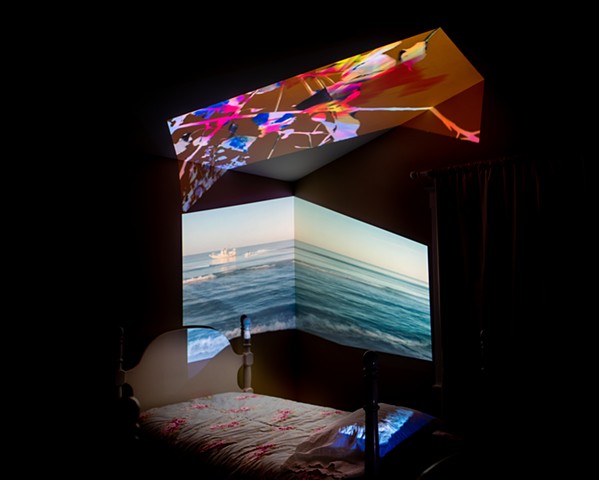 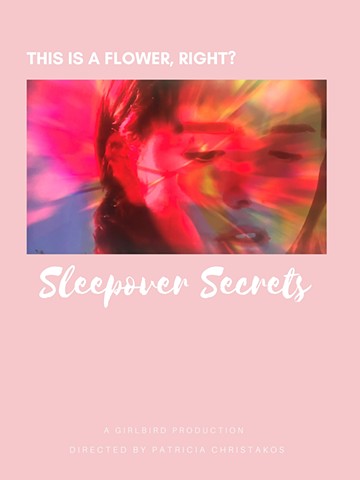